Skip to content
March 15, 2019 Marty Richards
I hope we are all here for positive growth in relationships whether they are marriages, business, or just friends. We have to start with this basic premise, “I like people”.
Seriously, if you don’t like other people how do you expect to grow relationships or even why are you reading this? If you think in your mind, “People are idiots, I really don’t like or trust them, what a bunch of jackwagons.” Take this book back right to where you bought it and get your money back. You are wasting your time and money, just go back home, lock yourself in your room with your laptop, firearms, and 6 months worth of canned institutional food and wait for the inevitable apocalypse that you are sure is coming when everyone turns on each other. (FYI, I have more faith in humankind than you do, that apocalypse isn’t coming.)
I know people like this, heck my father-in-law is a self-admitted “people hater”. He just doesn’t like other people, less is better should be his motto. Through his life experiences he has developed a distrust for people and doesn’t really care to be around others, especially those he doesn’t know. It has also infected his family relationships to where he has hurt relatives with his avoidance of family gatherings and significant events. Not necessarily because he didn’t like the family member involved but there were just too many people. Also, he would have to run into people on the way there who he is convinced are idiots and slackers.
We have to have a basic love of others, a curiosity to meet others, and a curiosity to learn about them. Ultimately a strong healthy relationship isn’t about what that relationship gives me, but how I can bring that other person, or people up. How can I improve the outlook, standing, or happiness of that other person. I have found if I want a great personal relationship with Teri, a school district I am working with, or a good friend, don’t worry about what they are going to do for me. Just be there to help when they need help and work to bring them up, the rest takes care of itself. 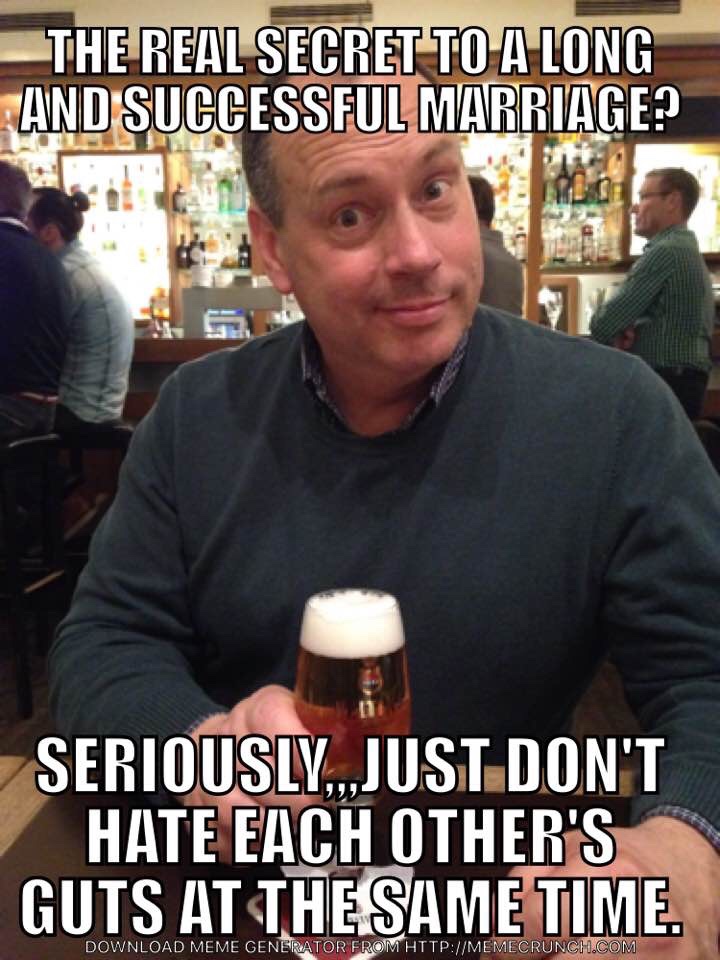 I ran into a new series on Netflix, “After Life” starring Ricky Gervais. (This is not a recommendation of this show, Teri and I are only one episode in and we don’t know what we think yet. If you want a Netflix recommendation watch “The Umbrella Academy”, if only for the music soundtrack.) Gervais is a cynical, clumsy, newspaper reporter who turns to sarcasm and open insulting of others to deal with the loss of his spouse to cancer. How many people do we run into who deal with others through sarcasm and open insults and they can’t even blame a past experience for their current approach? In the series Gervais’ character argues “I have proven treating others with kindness and fair play do not reward me with anything. As a matter of fact that makes me a mark for others.”

I am convinced there are many on this earth that do believe this statement. However, I don’t, and I never have. I was fortunately raised to treat everyone with the Golden Rule, “Treat others as you would have them treat yourself.” One of the byproducts of a pastor mom, you get lectured repeatedly in your youth about life lessons and your conduct. Of course, there were other reasons I needed lectures about my conduct too but hey, I was listening, I just did not chose to put it into action until my adult years. Once I reached adulthood, sometime in my mid-20’s-maybe 30’s, I truly began to treat others as I hoped they would treat me.

Applying the Golden Rule isn’t easy, some people actually get suspicious when you treat them well and there is no visible positive outcome for you. Some even try to reject your kindness. Also, do not think for a second there is any kind of 1-for-1 reaction when you treat others with kindness. “Gee, if I lend someone the money they don’t have to get their lunch I will immediately find $20 in the dryer at home.” That isn’t how any of this works.

Building relationships, treating others with kindness, sewing those seeds of positive results takes time. Think of it as farming, if you grew up on a farm you will get this quickly. Many farmers plant crops in April and May and then hope those crops will survive a flood, drought, hail, weeds, the neighbor’s cattle who routinely get out and mow it down, and every other brand of pestilence, just to get a reward 4 months later. There is no emotion in that reward, just food for cattle or humans who never say thank you. There is so much that could go wrong during that time but yet the farmer wakes up every morning to prepare the ground, plant the seed, cultivate, and remove the weeds, with the faith that in the end an inanimate plant will reach maturity and produce a healthy crop.

Why aren’t we willing to do that with everyone around us? Also, it has been my experience in many cases, those people who we have planted seeds with, helped them survive their droughts, floods, and hail storms in life, do genuinely show appreciation in the end. I have experienced it repeatedly. It may not happen immediately, I have had some individuals come back and thank me 20 years later for an act of support or kindness that at the time I didn’t see as significant beyond just walking through my normal day.

Positivity towards others doesn’t cost us anything, it doesn’t hurt, we have an unlimited supply, we just need to chose to use it.

Farm kid, turned socialite, without the money. View all posts by Marty Richards

This site uses Akismet to reduce spam. Learn how your comment data is processed.

Follow -on a journey to tell our local story- on WordPress.com

Review us on Trip Advisor! 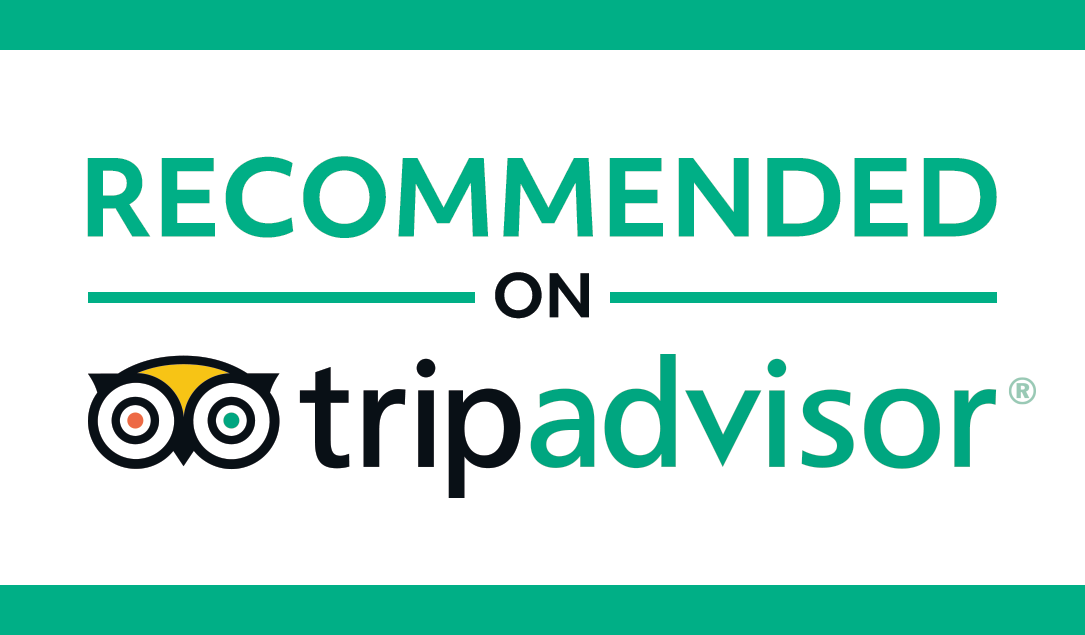 Our new sign is up!
While we have been head’s down on our lodging project wrapping that up we still look forward to warmer temps and the ability to get back to offering our UTV tours of local food producers. Things are a little crazy at our goat milk partners Robin Lowe and Chad McCauley with the arrival of hundreds of newborn kids.
Friend of Ridge and Valley Tours, Jake’O just performed on America’s Song Contest and knocked it out of the park! We would appreciate your support if you could vote for Jake’O, just hit the link in our bio.
Richland Center Tourism is spending the next couple of days at the Governor’s Conference of Tourism learning more about efforts we can use to attract more visitors to our area.
The Richland Center Tourism booth is a pretty popular place for the last day of Canoecopia! We are busy sharing information about many tourism-related businesses in the Greater Richland area. Thank you to Christy’s Sunny Side Deli, Nate’s Downtown, Ridge & Valley Tours, Starlite14, Los Amigos 2, The Little Corner, and Pine River Paddle & Tube for contributing to our drawing prize. The attendees of Canoecopia have found that very intriguing!
It is National Tartar Sauce Day! Yes, that is a real thing. Nowhere is this more important than in the Greater Richland area with all of our fantastic Friday Fish Fry options. Celebrate this nod to our favorite Friday condiment at one of our most excellent dining options.

Ridge and Valley Tours does business as Ridge and Valley Hospitality, LLC. This website and it’s “Content” shall refer collectively to all images and videos, written content. All imagery came from Pixabay, PicJumbo and/or are personal images of Theresa Richards and Flygurl Promotions. All images are used under Creative Commons CC0.  Users accept the terms of service by using the website. Under The Digital Millennium Copyright Act (DMCA) all user uploads and intellectual property can be removed by contacting Theresa Richards and Flygurl Promotions, the website administrator.  Copyright 2021 All rights reserved.